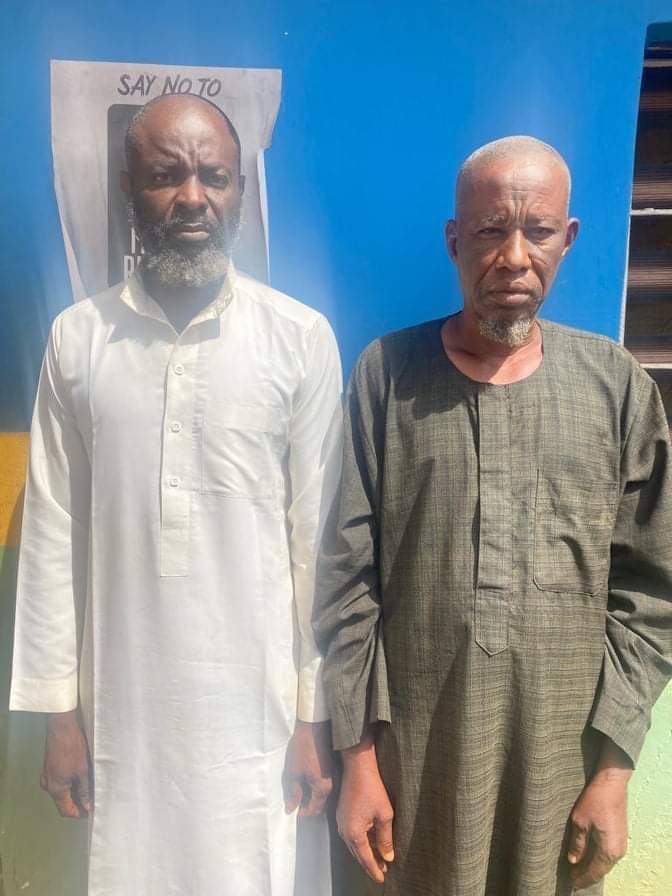 The duo coordinated numerous highprofile kidnappings in Ekiti including the kidnapping of one Adeeko Ademola and Nasiru Salisu at Adamsy Sawmill, Aisegba-Ekiti.

Abutu said during interrogation, Ibrahim Mumini Toyin confessed to the commission of the crime and claimed that the dastardly act of kidnapping and murder of one of the two victims was carried out by himself and four(4) others who are children of Alhaji Abashe Adamu Idris and are currently at large.

Ibrahim Mumini Toyin disclosed that his own share of the ramsom allegedly paid was used to purchase cattle for him by Alhaji Abashe Adamu Idris.

Suspects are in custody undergoing interrogation and will be arraigned after the conclusion of investigation.