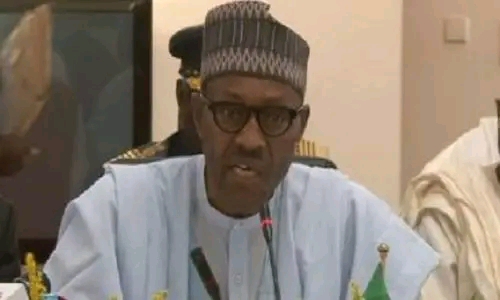 The governor of Ondo State and Chairman of the Southern Governors’ Forum, Arakunrin Oluwarotimi Akeredolu, has condemned the bandits’ attack on President Muhammadu Buhari’s convoy on Tuesday in Katsina State.

The country’s security situation has worsened at an alarming rate, according to Akeredolu, who called the act by the bandits as daring.

The governor made this statement yesterday when hosting some of his former classmates from the Loyola College, Ibadan class of 1968–1972 in his office in Alagbaka, Akure, the state capital.

Akeredolu emphasized that his colleagues’ desire for the State Police is not an attempt at self-aggrandizement but rather a response to the current state of the nation’s security, which he described as having gotten worse rather than better.

In terms of the country’s security challenges, he claimed that the threat posed by bandits and ISWAP has eclipsed the one posed by Fulani herdsmen.

“For me, state police is not for self-aggrandizement. It is a reality of the time. For us in the South and even in the North, I know so many of them that have come to accept that a single command of Police is not good for this country. This country is too big.

“We will continue to make our voice heard everywhere. We are almost there. We are licking our wounds here over the June 5 attack in Owo. It is a serious wound.”