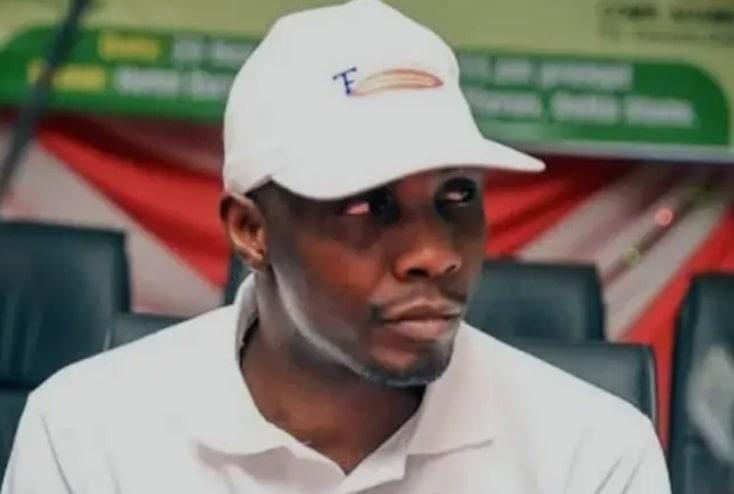 Martin Luther King Jr. elaborates on a dichotomy found in Gerald Hamilton Kennedy’s sermon that “the Mind and the Heart” explore the need for tough-minded and tender-hearted. He also warned that “the shape of the world today does not permit us the luxury of soft mindedness and that a “nation of soft minded men is pursuing its own spiritual death.”

Tompolo have precisely been denounced and hated for this quality which Rev. Martin Luther King Jr. identifies as the mark of strong men. In the last few weeks, it has been open season on Tompolo for accepting to fight the crude oil thieves in the Niger delta who are degrading our environment and plundering our economy.

It is common knowledge that Nigeria, groaning under heavy debt amid dwindling revenue, occasioned largely by massive reduction in oil production capacity, experts in the oil and gas sector have been advising the federal government to adopt proactive and aggressive means to checkmate oil theft, even though figures with respect to the level of crude oil theft in the country and the corresponding losses in monetary terms in recent times are conflicting.

NNPCL boss Kyari identified oil theft as a major reason for the drop in production, ultimately leading to low revenue. According to him, highly placed Nigerians including religious, community leaders and government officials are fully involved in the crude oil theft on a grand scale.

As a first phase in its bid to stem the tide of widespread oil theft, especially through the product pipelines, the Federal Government recently reconsidered and approved pipeline surveillance contracts to include a process that will ensure both kinetic and non-kinetic interventions that has been suggested by energy experts.

One of the beneficiaries of the contracts, which attracts a sum of N4 billion monthly, is a former leader of the Movement for the Emancipation of Niger Delta (MEND), High Chief Government Ekpemupolo, popularly known as Tompolo. The award of this contract to a company in which he has interest has generated a groundswell of opposition mostly between the northern part of the country and the oil rich region of Niger Delta.

In a reaction to the contract award, the Amalgamated Arewa Youth Groups, which claims that its membership consists of 225 youth organisations, gave a seven-day deadline to the national oil company to reverse the contract or face sustained protests

The group had insisted that Chief of Defence Staff Gen. Lucky Irabor, had a hand in the contract and may openly be playing the ethnic card by surrendering the “security of the economic valve and nerve” of the country to Tompolo. The group said the contract award was in no way different from the call to hire mercenaries to tackle terrorism or banditry in the North. However, the hiring of mercenaries to tackle terrorism is a comparison this northern youth group shouldn’t have made because experts on terrorism and prominent Nigerian leaders including Prof. Wole Soyinka had long suggested that the federal government seek the help and assistance of foreign governments including hiring of mercenaries to quell the insurgency ravaging the country.

But the Delta people and their leaders who knows where the shoe truly pinches, and should be the first line charge to determine what’s best for them and their region took exception to the contract cancellation. They see the contract award to Tantita Security Services as not only a good way to provide jobs for the youths of Niger Delta, but also give their people a sense of belonging.

They see Tompolo as their hero and that his acceptance of the contract would greatly help in curtailing the embarrassing incidence of oil theft with its attendant positive effect on the nation’s economy. The Deputy President of the Senate Omo-Agege was even quoted as saying that by objectively choosing a company where Tompolo has stakes through an organized bidding process would add value to responsible and peaceful oil exploration in the region.

Aside the chorus and extraordinary burst of eulogy for awarding the contract to Tompolo by concerned stakeholders, it is important not to lose sight of some other considerations, especially, the reality that Tompolo’s commitment to the betterment and modern development of the Niger Delta, especially its oil-bearing communities, is beyond question and he’s etched in so many hearts and minds in the region. These virtues has marked him out as a man of uncommon sense of integrity, to at least, give justification that the award is well-deserved.

According to Nigeria’s oil industry watchers, Tompolo has worked tirelessly for the peace in Niger Delta and will continue to sustain and protect the wealth of the nation in collaboration with other stakeholders.

In 2007 when Late President Musa Yar’adua held a meeting with virtually all prominent leaders of the groups that challenged the Federal Government to take decisive steps to address and reverse pervasive environmental degradation arising from years of reckless petroleum exploitation by multinational corporations operating in the Niger Delta, High Chief Ekpemupolo stood out as a brilliant shining star and worthy, selfless ambassador of the entire region when, shunning plea for personal benefits like many, he calmly and convincingly said, “Mr. President, I don’t need anything for myself, just develop the Niger Delta. That is my only interest. My people are suffering.”

Alongside the virtues and validity of the above arguments, there is, in the opinion of many, some reasons as to why the present partnership embarked upon by the federal government should be applauded. Aside from the fact that Dr. Goodluck Ebele Jonathan-led Federal Government had in 2012 awarded a similar contract to him (Tompolo) which available records point to the fact that he performed perfectly well, another fillip to the federal government’s decision is the veiled agreement at the global stage that there is nothing wrong with government exploring concept of corporation in governance business, security, infrastructure and resource development from private individuals needed to speed up good governance and promote development

More particularly, the United Nation’s 2030 Sustainable Agenda promotes sustainable partnership between Private-Public Partnerships and Civil Society groups. The Agenda, among other things, calls for “creative and innovative thinking by all strata of the society-public and private sector and civil society to promote sustained and inclusive economic growth, social development and environmental protection. Partnership is at the very centre of the sustainable development agenda as it is both a means to an end, since it is a crucial enabler for the attainment of the other goals and an end in itself.”

Goal 17 of the Agenda says it is a means of “implementation and revitalized global partnership” which qualifies the federal government’s partnership with Chief Tompolo as a right step taken in the right direction. The disclosure that operatives of the Nigerian Army, Navy, Department of State Security (DSS), Police, and other security apparatus are deeply involved in the project as part of measures to arrest and prosecute anyone with the intention to sabotage the protection of government assets is also another testament that this contract will provide a desired outcome.

From the foregoing, therefore, there’s absolutely nothing untoward about awarding the pipeline surveillance contract to a private security services that has not only displayed expertise in the field, but knows the Niger Delta terrain like a palm of the hand. Tompolo and Tantita Security Services should be left alone to do this highly risky and onerous job for the economic survival of our nation.

Political Pilgrimage To Chatham House: A Total Disregard To The Masses And A Reflection of Leaders Not Yet Ready For Nigeria Transformation