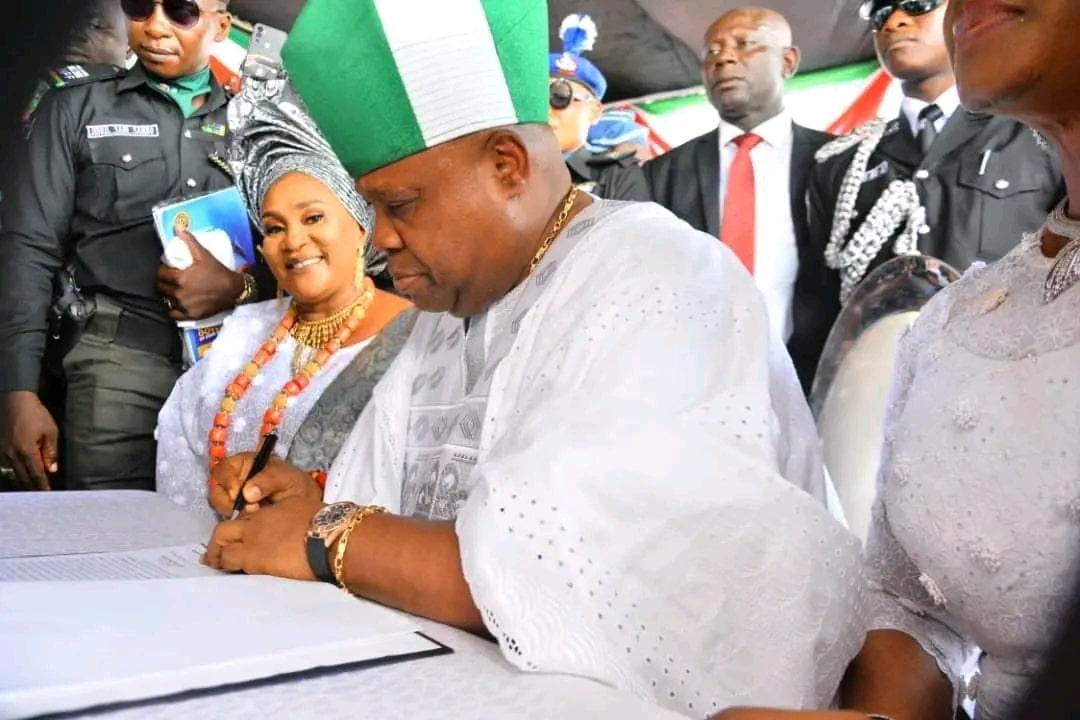 The Osun State House of Assembly, on Monday, rejected the decision of Governor Ademola Adeleke, to rename the state from “State of Osun” to Osun State.

The Assembly argued that the anthem, crest and flag of the state was an enactment of a law assented to on December 18, 2012, and no person can exact force to change it.

Recall that Adeleke during his inauguration on Sunday, November 27, 2022, reversed the name of the state from “State of Osun” to “Osun State” and also reversed its appellation from “The State of the Virtues” to ‘The State of the Living Spring”.

In a reaction to the governor’s decision, the House through the Chairman, House Committee on Media and Publicity, Moshood Kunle Akande issued a statement to dispel the action.

The statement partly read, “The State of Osun House of Assembly having reviewed the inaugural speech of the Governor and the activities of the inauguration hereby resolves as follows;

“The usage of the State Anthem, Crest and Flag is an enactment of the law and as such, its usage is a matter of law and not choice.

“The enactment ‘State of Osun Anthem, Crest and Flag Law, 2012’ assented to on December 18, 2012, contained in Schedule 1, II, III, IV and V, which carefully details every component of this law is not in ambiguity.

“Schedule I is the State Anthem, Schedule II has to do with the State Crest, and Schedule III is the symbolic significance of the elements in the Flag.

“Lastly, while we are aware of a court judgment in effect recognising ‘Osun State’, the Assembly, pending the determination and exhaustion of all legal means would not be drawn into this matter.

The lawmakers further said that the state will continue to be described as the “State of Osun” and “Ipinle Omulabi” (State of the Virtuous).