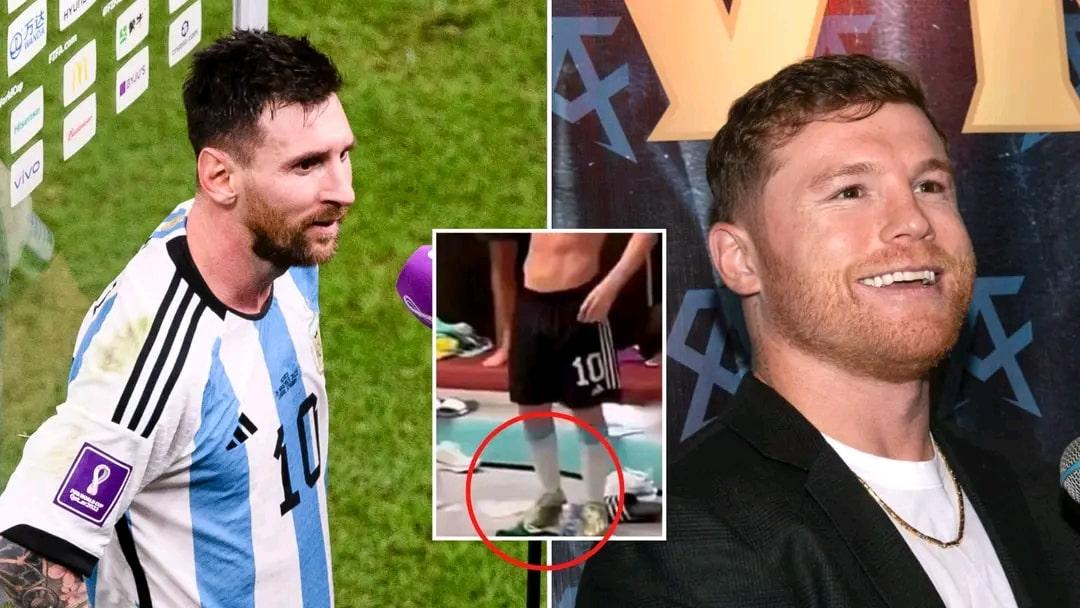 A Mexican boxer Saul ‘Canelo’ Álvarez has sent a warning to Argentine captain Lionel Messi whom he accused of kicking a Mexico’s jersey after their win on Saturday night.

In their celebration in the dressing room, according to footage, Messi slightly kicked a Mexican jersey exchanged with him on the floor.

CNN reports that the Mexican box tweeted that Messi did not have respect for Mexico’s jersey and flag, by cleaning the floor with them.

“Did you see Messi cleaning the floor with our shirt and flag????” Álvarez tweeted.

However, there was no sign that Messi kicked the shirt intentionally, instead appearing to do it accidentally as he took off his football boots.

“He better pray to God that I don’t find him!!” Álvarez added in another tweet, with a series of angry emojis. “Just like I respect Argentina, he has to respect Mexico! I’m not talking about the country as a whole, just about the bulls**t that Messi pulled.”