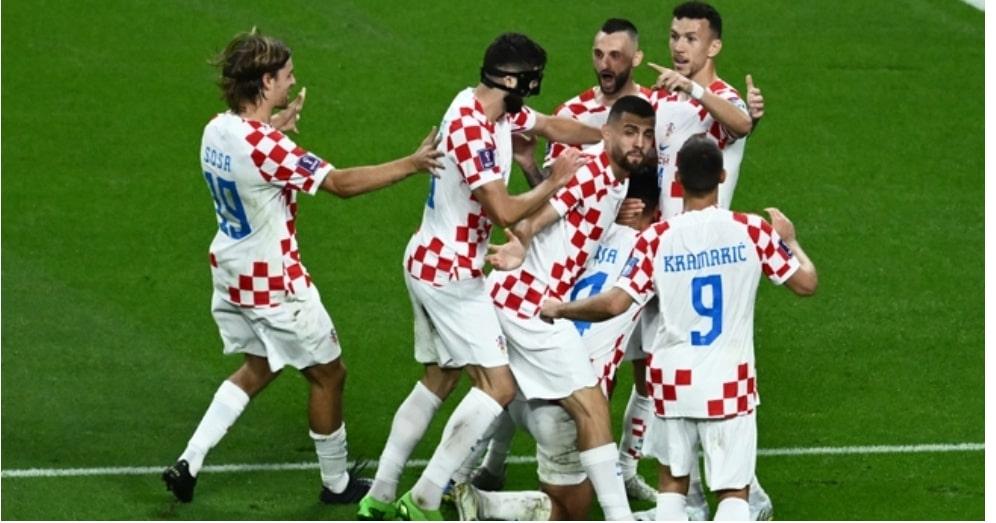 Croatia got their World Cup campaign back on track as Andrej Kramaric’s double inspired a 4-1 win that eliminated Canada in Sunday’s Group F grudge match in Doha.

Zlatko Dalic’s side were stunned by Alphonso Davies’s second-minute opener at the Khalifa International Stadium.

Second-half goals from Kramaric and Lovro Majer ensured Croatia could celebrate their first win of the tournament after a goalless draw with Morocco in their first match.

Croatia sit top of Group F, above Morocco on goal difference, and a draw in their final game against Belgium on Thursday would guarantee they reach the last 16.

It was an especially sweet success for Croatia after Canada boss John Herdman irked Dalic’s men with his profane attempt to inspire his players after a 1-0 defeat against Belgium in their group opener.

In a television interview, Herdman told his players: “They belong here. And we’re going to go and eff Croatia.”

Dalic had taken exception to Herdman’s rant, insisting on Saturday that his team deserved “respect” from their opponents.

Croatia’s 24 Sata tabloid ran a full-page photo of a naked man below Herdman’s superimposed head, with maple leaf flags over his mouth and private parts and a headline that translated as “You have the mouth, but do you have the balls as well?”

The Croatians let their football do the talking on Sunday, allowing them to seize control of a group blown wide open by Morocco’s shock 2-0 win against Belgium earlier in the afternoon.

Canada competed gamely but have now lost all five matches in their World Cup history, with their only previous appearance in 1986 also ending in group-stage elimination.

Herdman’s team took just 68 seconds to rock Croatia when Tajon Buchanan crossed into the Croatia area and Davies timed his run perfectly to power a header past Dominik Livakovic from 10 yards.

Canada’s first-ever World Cup goal was welcome redemption for Davies after the Bayern Munich star’s penalty was saved by Thibaut Courtois in the Belgium defeat.

But the fastest goal so far in this World Cup served as a wake-up call for Croatia.

With Chelsea midfielder Mateo Kovacic pulling the strings, Croatia’s clever passing and movement gradually took a toll on Canada and they drew level in the 36th minute.

Kramaric was picked out by Ivan Perisic’s deft reverse pass into the Canada area and he took a touch before drilling a fine finish into the far corner from an acute angle.

Croatia were hitting their stride and Hajduk Split forward Livaja, selected in place of Nikola Vlasic, repaid Dalic’s faith in the 44th minute.

Josip Juranovic’s run was halted just outside the Canada area, but Livaja pounced on the loose ball, nimbly shifting it out of his feet before sending a superb low strike past Milan Borjan.

Canada substitute Jonathan Osorio was inches away from equalising with a long-range blast that flashed just wide early in the second half.

Chances kept coming at both ends and Borjan plunged to his right to keep out Kramaric’s close-range shot before Jonathan David’s strike was 20 yards was tipped over by Livakovic.

The predatory Kramaric delivered the knockout blow in the 70th minute.

Perisic’s cross reached Kramaric in the Canada area and he worked space for a left-foot finish that arrowed through Atiba Hutchinson’s legs into the bottom corner.