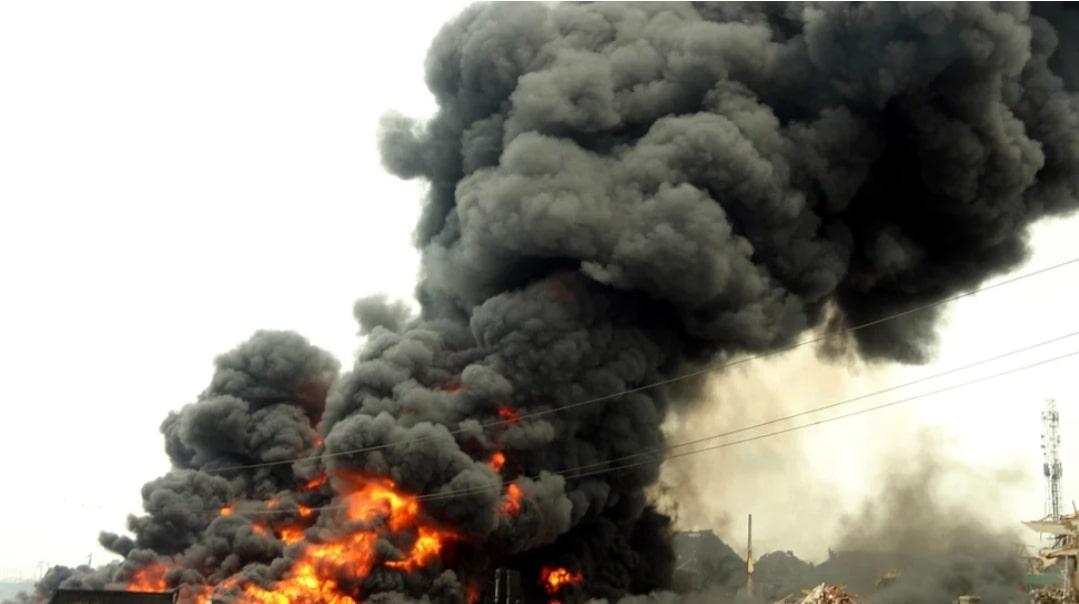 The residents of the area said they are yet to find out the cause of the explosion.

The residents feared that the loud bang they heard in the early hours of Sunday might be a bomb blast.

But the Ogun State Police command said, “the explosion was as a result of chemical reaction that occurred in the compartment of a refuse dump.”

According to the command’s Public Relations Officer, Abimbola Oyeyemi, the Commissioner of Police in Ogun, Lanre Bankole, when he was informed about the explosion, quickly directed the Explosive Ordinance Department to the scene so as to unravel the real cause of the scary sound.

“The finding of the team was that the explosion was as a result of chemical reaction that occurred in the compartment of refuse dump, being the refuse dumping ground within the Tarmac along the River Valley Estate,” he stated.

The police spokesperson maintained that the explosion was not an attack as speculated by many, saying it occurred in the midnight when there was nobody within the scene.

Oyeyemi stated that no component of Improvised Explosive Device (IED) was found at the scene or anywhere within the area, adding that no life or property was lost as a result of the explosion.

In view of this, Oyeyemi urged Ogun residents to go about their lawful businesses, saying the said “area has been declared bomb-free by experts.”